Hit enter to search or ESC to close

“I Just Want them to Love Their Homes”

Building a business with persistence, work and faith 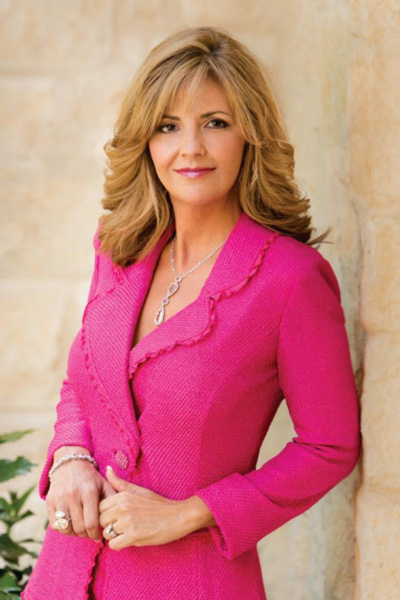 Cindy Holland was 26, single and working 72 hours a week in fashion merchandising when it hit her one day that there should be more to life than work. “I woke up one morning and decided that I needed a 9 to 5 job, with nights and weekends off,” says Cindy, who is now the co-owner with her husband, Bill Holland of Hill Country Interiors, a large furniture store on 1604 that specializes in stately furnishings in Western and Old World styles. It took a while to get where she is now, but once the decision was made, the young woman immediately started changing her life to achieve her goals. Today, she feels that she and Bill are in a place “way beyond a dream.” Her pride in their business is evident as she gives us a tour of the 30,000-square-foot facility built in 2006 specifically to house their showroom and auxiliary spaces. Throughout the retail space, the various items are grouped into room configurations called vignettes to help customers see what they would look like in a home.

To make it even homier, there’s a fully equipped kitchen right in the middle of things, and cooking smells may tickle customers’ nostrils sometimes. The kitchen comes in especially handy when the owners throw a party to promote a designer or host other festivities on the premises. There’s also an office furniture and lighting section, a rug gallery and an adjacent warehouse. Bored kids who accompany their shopping parents can play or watch videos in a separate room. The Hollands’ customers are a cross-section of Dominion types, including sports celebrities, regular folks and ranchers. “They all come here for the Old World look,” says the owner, explaining the predominance of dark woods and upholstery. “Light colors are more contemporary and not as family friendly. People beyond this region have found out about us, too, and we have customers from South Dakota, Hawaii and even Australia. People will fly here to do business with us. We also outfit a lot of second homes. We are working on one in Steamboat, Colo., right now.” Despite their growing reputation, the Hollands have resisted calls to expand to other cities, preferring to remain “a Mom and Pop San Antonio-based and operated” business. Both husband and wife are involved in buying the merchandise, but unlike most stores that advertise the brands they carry, the pair like to de-emphasize manufacturers’ names. “Everything is tagged with our name,” notes Cindy. “We have exclusive contracts with manufacturers that allow us to be the only retailer in San Antonio to offer their products. They are our resources. It’s a dog-eat-dog world right now in the furniture business. You don’t put your resources in the ads.” What they do want to emphasize is the quality and service. Hill Country Interiors’ sofas have a lifetime warranty, as opposed to the common five years, for instance. 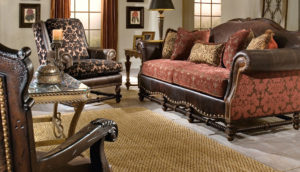 Following her “aha!” moment that morning in Dallas, Cindy, whose surname was Veytia, took a first step toward a new career by becoming a saleswoman for an office furniture leasing company in North Dallas. That’s where she first discovered her talent for decorating. When clients asked her to go beyond the basics to help them pull together a complete “established and sophisticated” look for their offices, she was happy to oblige. Nissan and one of Ross Perot’s companies used her services. “I loved everything about the job,” she says. Despite her success as a saleswoman, however, her superior eventually assigned her territory to someone else — “a friend of the boss” — and Cindy saw her commissions drop. She was 29 and still single when her brother made the call “that changed (her) life.” A San Antonio-based entrepreneur, Joe Veytia offered to help his sister start her own business, suggesting one in the Alamo City that was in the process of closing. It was a 650-square-foot mother-daughter shop on I-10 called the Santa Fe Stop. Cindy agreed and promptly moved south. Her future husband, whom she had started dating in Dallas, eventually came down to help her, and the two became both marital and business partners in 1993. By that time, the renamed Santa Fe Furnishings had already moved to Ingram Park Mall, where it prospered for 10 years. The couple’s two children were also born in that period.

Changes at the mall and in customers’ tastes forced the Hollands to move their business farther north in the early 2000s, first to a space at 281 and Brook Hollow and ultimately to the current location, gradually adding more Western, Mediterranean and Old World styles to their inventory. “It’s what customers wanted. The Santa Fe look was no longer popular,” explains Cindy. “If you don’t follow the trend, you don’t grow. (With the new styles) our ranch and home business just took off.” 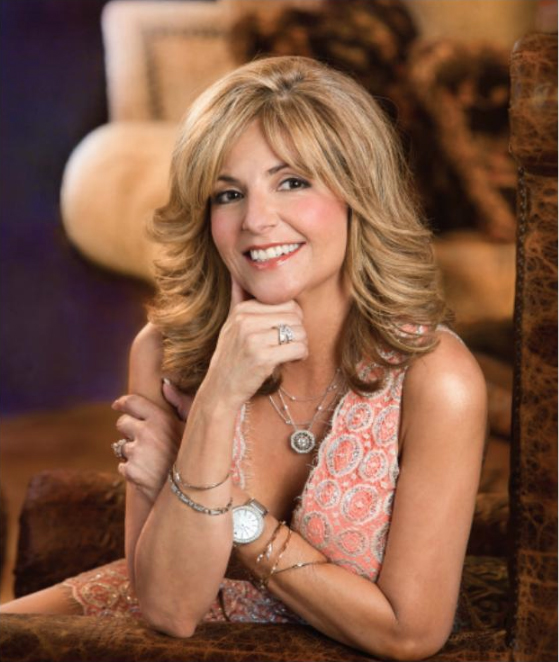 A devout Christian, she believes that God has had a hand in her and Bill’s success. In fact, a cross is embedded in the foundation of the new building at Blanco and 1604. She quotes the best advice she’s ever received and has strived to follow: “If you make this business your own, it will only be what you can see. But if you make it God’s business, he will make it more than you could ever dream of.” But like the rest of us, the Hollands experienced the recent economic pinch just six months after moving into their dream house. It took a year-and-a-half to build it, but when the economy went south and business slowed down, the family had to sell it and move to a more modest dwelling. “We made a personal sacrifice to stay open,” she says. In keeping with their faith, the family contributes generously to the community without much fanfare. Hill Country Interiors has given $25,000 shopping certificates as auction items to help the fundraising efforts of the American Cancer Society (Cattle Baron’s Gala), the San Antonio Christian School and two Boerne-based charities supported by the Cordillera Ranch Shindig. Whenever asked, the company also lends a hand practically. In addition, Cindy is an active volunteer at their Community Bible Church.